They put the Grand in Canyon

We were heading back from our family reunion in Southern California and decided to make a stop over to visit the Grand Canyon. I’d been once before when I was younger and took a small plane tour over it. I guess we could count the time we hiked to Havasupai since it was a part of the Grand Canyon, but Pablo had never been to the lookout point of the rims. I tell you what though, they put the Grand in Canyon! 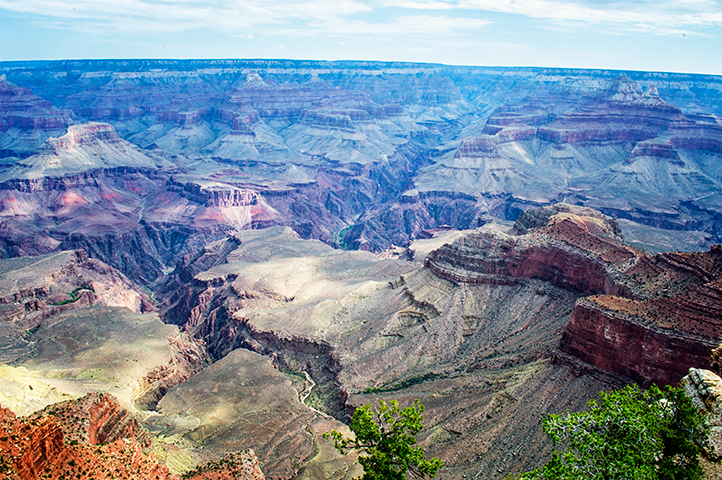 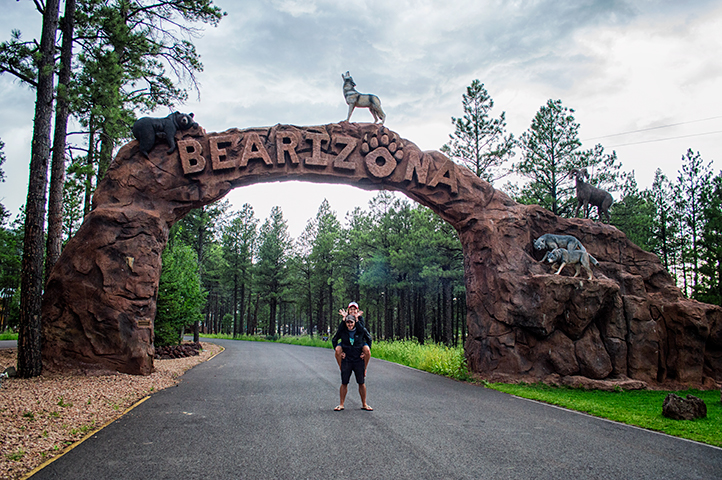 Has anyone seen “The Great Outdoors?” Specifically the part where the family goes to the bear park and the bears crawl on the car? If we’d had a candy bar at the time, that would’ve been us at Bearizona. Bearizona is a zoo where you can drive your car through the different animal enclosures. We slowly cruised past bears, wolves, rams, buffalos etc. and they were right outside our window. 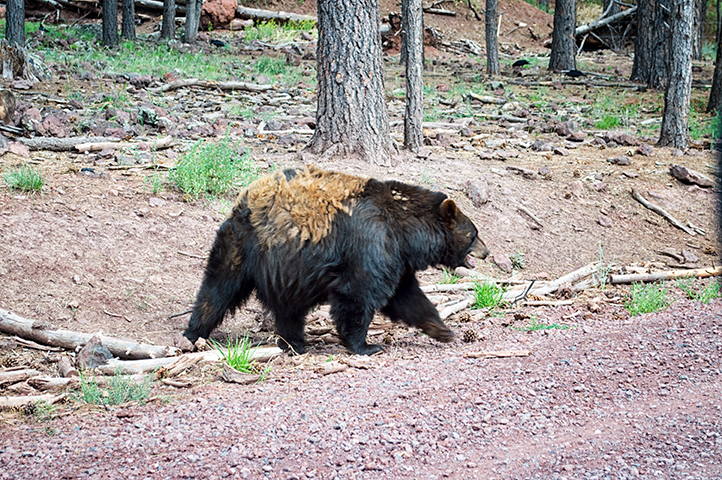 We were supposed to keep our windows rolled up so that nothing ate us, but some are better listeners than others. At one point the bears meandered in front of our car and just sat staring at us. We weren’t sure what to do, we waited and he stared. Once it was obvious Mr. Bear was making himself comfortable we decided to slowly drive around him. I was suddenly grateful that it wasn’t our car that we were driving. 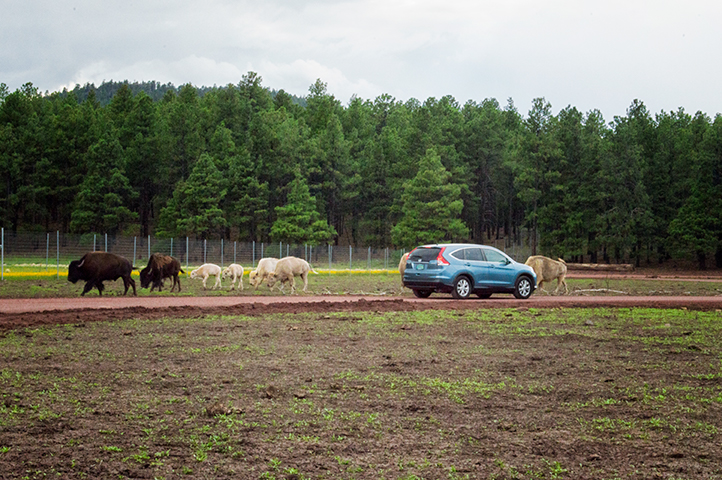 Camping can be dangerous

We had made it to our KOA campsite as the sun was making it’s descent on the horizon. I wished I could see the rim lit up with the golden hews being cast over it. We sat on the porch swing of the small cabin that half our group was staying in and watched the campsite glow as the sky changed from blue to shades of pinks and purples.

After we’d gone out to eat at a ma and pa country food joint we settled into our sleeping arrangements. Pablo and I were sharing a tent with his brother’s family and I slept next to my niece. A couple hours into the night I realized that my niece moves a lot in her sleep as I got hit in the face and kicked in the back. My anxiety to fall asleep grew since every time I dozed off I’d be jolted awake by being hit. I tossed around the idea of dragging her in her sleeping bag outside to sleep under the stars but thought better of it. Later I got up to use the restroom and when I came back shortly after she’d somehow moved into my sleeping bag and was sleeping peacefully. I gave up on attempting to sleep and went out to watch the sunrise. 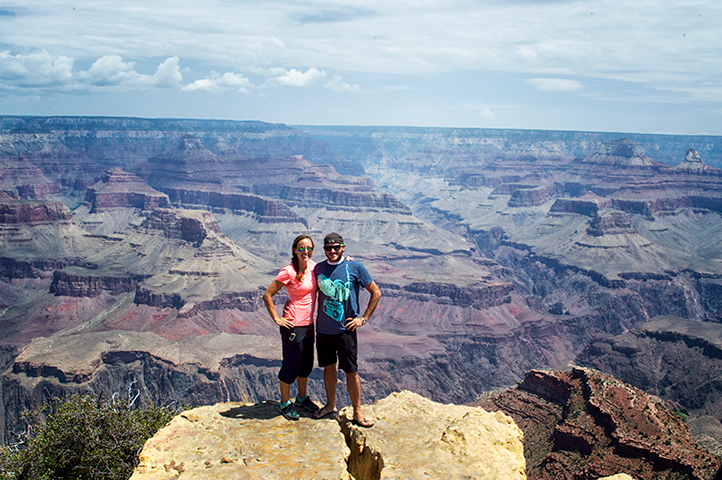 Despite a rough night I was pumped to see the Grand Canyon with Pablo. I didn’t remember much of it as a kid either and probably didn’t fully appreciate it. We drove to the South Rim and stopped at the visitors center. The kids got their juniors ranger kits that had them find nature items (sticks, lizards etc.). It was a great distraction until lunch rolled around and we had a short supply of snacks. We split up, the kids going back to the visitors center and the rest of us continued on the bus to the next stops in the park. 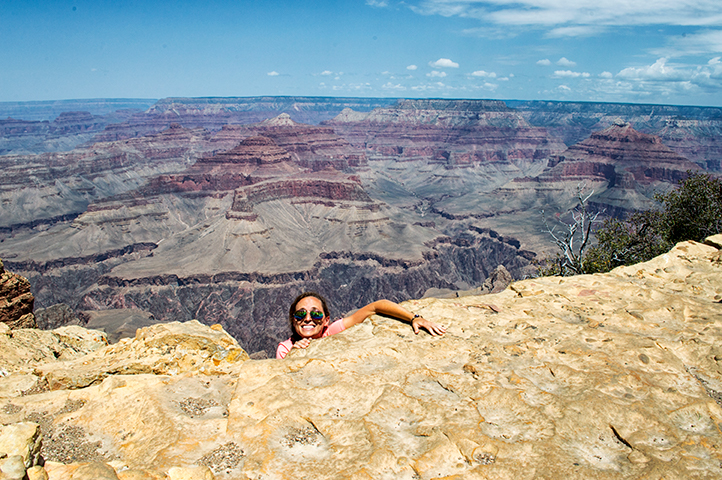 If you have the money, make sure you pay a visit to the Skywalk on the West Rim of the Grand Canyon. From what I’ve seen in pictures it looks incredible! The Skywalk is a glass horshoe shaped walk over the Grand Canyon that you have to pay a lot to walk onto. It wasn’t convenient for us, but if we ever win the lottery it’s going on our rich list!

The last leg of our long adventure ended with a beautiful drive home. I had a hard time keeping my eyes open unfortunately and took a cat nap. There’s always a somber quiet in the car when we’re coming back from a vacation. We arrived home in SLC around midnight and were worn out the next day at work. It’s the worst to go back to work after such a fun vacation!Well, it’s time to start the countdown until our next trip!

Don’t you just love the start of a vacation, but dread the last bit of it because you have to go back to the “real” world?