Puerto Princesa and the Underground River

In the Philippines on the Northern part of the Palawan Island lies the longest underground river in the world. In 2011 the Puerto Princesa Underground River was added as one of the 7 natural wonders of nature. While boating through this natural wonder we witnessed an impressive cave system and the creatures that call it home.

In order to get to this natural wonder you’re going to have to plan according to your travel style. If you want to save yourself a few bucks by planning it yourself then go for it, it’s definitely doable. However, if you don’t mind spending just a little more to not have to worry about bus schedules and getting a pass to the river than you’re thinking the way we were. 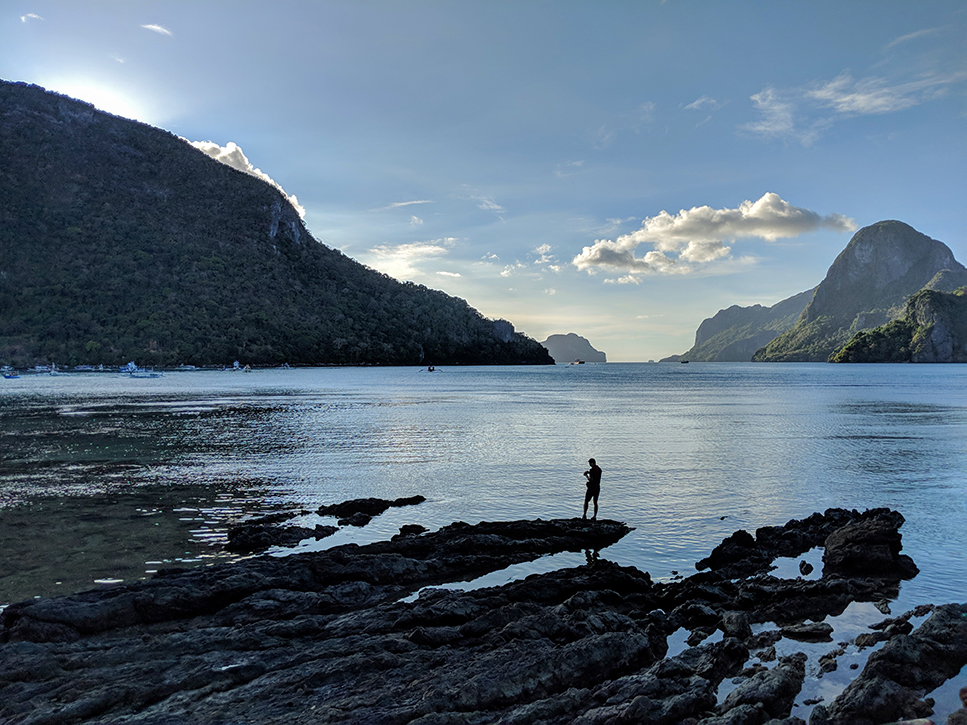 With our fun little group of four we decided to have our AirBnB host book our underground river tour. This was the quickest and easiest route that we went with since we didn’t feel it was worth the work to save a bit of money. The tour itself only cost us 1,850 PHP ($36) per person which was about the average price we were seeing for tours. If we’d done it on our own, we would have had to hire a van for both ways, pay for lunch, pay for a permit (if there were any left) and a spot on the boat to and from the river. 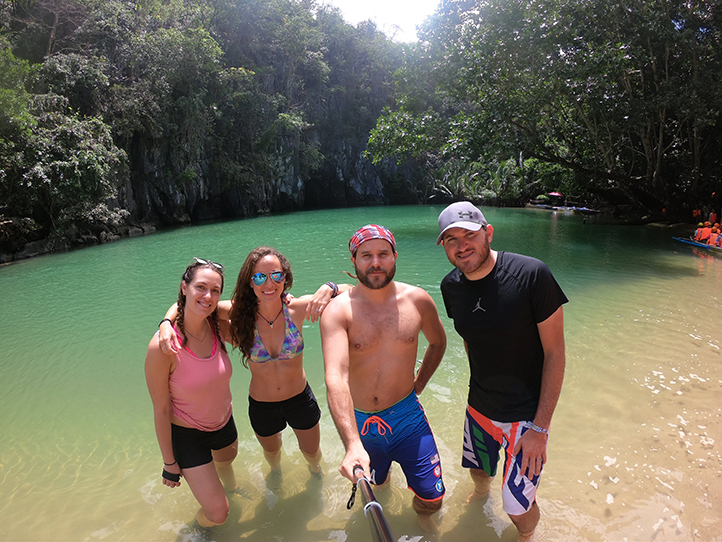 Are we there yet?

It was early morning when we packed into a 12 seater van with our companions for the ride. The van wound us through the muddy roads and we got to know our fellow passengers while we passed through village after village. Some of our fellow traveling companions had booked their tour through their hotel and it ended up costing them twice as much as us.

I don’t get carsick easily, but waving roads and frenzied drivers test my resilience. Having snacks and water always seems to help though, so make sure to have those on hand! After 3 hours of driving we made it to the Daluyon Beach where we would have lunch and get on the boats. Our tour guides informed us that lunch was a buffet, but we would be charged for anything left on our plates. Imagine how much food we’d save in the U.S. if that’s how our buffet systems worked. However, tourists found a way to avoid being charged by tossing their leftovers to the emaciated dogs hovering around. 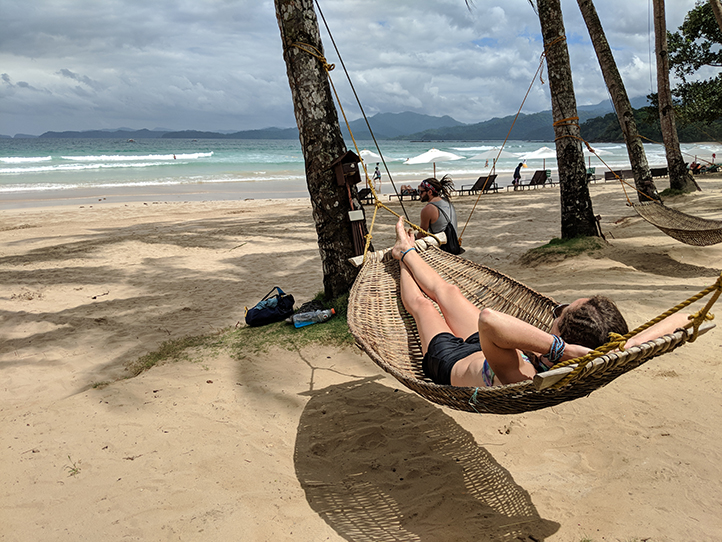 I scarfed down lunch so that there would still be time to walk the Daluyon Beach. We rested in hammocks with the palm trees swaying above us in the ocean breeze. We couldn’t stay and relax for long since it was time to load onto the boats at the Sabang boat terminal to get to the underground river entrance. Once at the entrance we had to wait around until we could load into another boat that would take us through the underground river.

I didn’t mind the wait, soaking in the sun and sinking my toes in the sand. I pictured the area secluded before it’s discovery and imagined what kind of creatures would live here. After an hour of waiting our group was called and we were outfitted with hard hats, life jackets and audio guide. 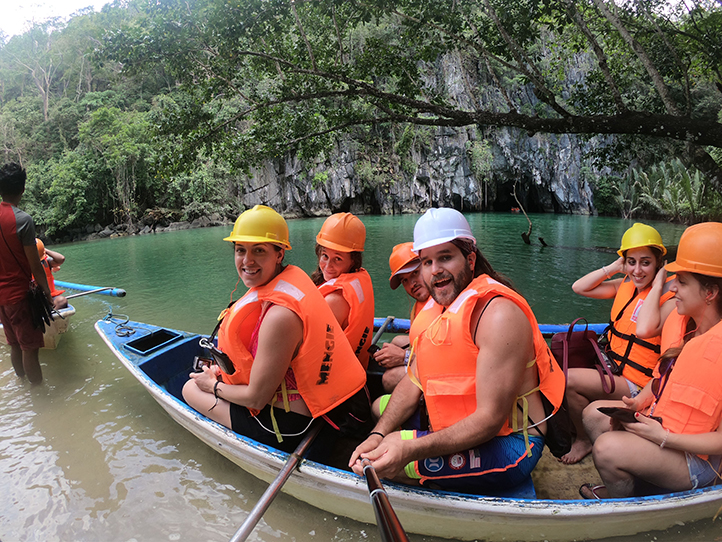 There was no talking allowed as we passed through the cave and into the eerie darkness. Our boat captain lit up the cavities of the cave showing us one formation after another. I was impressed with the amount of bats in the cave. Each cavity must’ve contained hundreds to thousands of them. 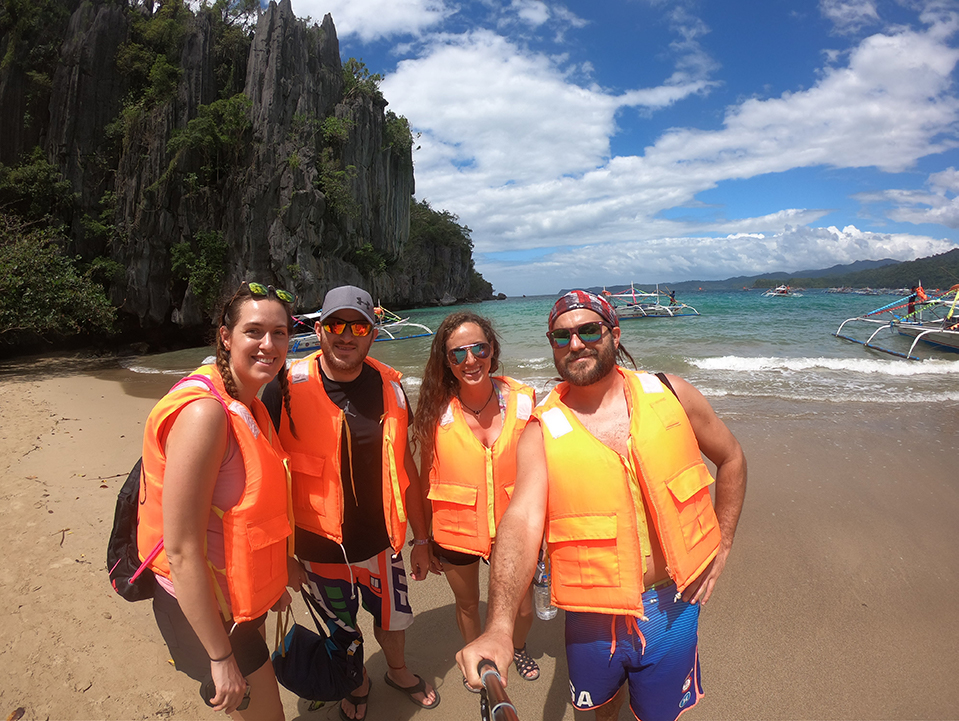 The boat ride was over too soon as we neared the only entrance and exit. Our eyes slowly adjusted to the light and we felt the warmth of the sun again. We loaded back onto the boats that would take us from the subterranean river to the Sabang boat terminal. From Sabang we hesitantly loaded onto the van for the winding road back.

On the first day in Puerto Princesa we’d asked our host to drive us to the nearby Honda Bay where we booked a 3 hour boat tour (350 PHP/6.50 USD per person). We rented snorkel gear (150 PHP/2.80 USD) and hopped onto the boat as the only passengers. Our captain took us to 3 small islands, which we had to pay a fee for each (100 PHP/1.90 USD) we saw several fish, and the biggest starfish I’ve ever seen in my life!! 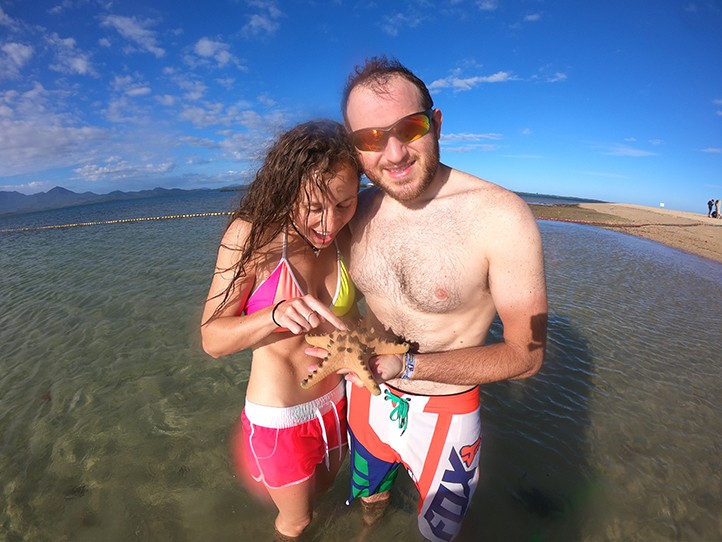 After visiting the islands we walked the streets while waiting for our host to pick us up. The streets were alive with the locals out. The adults were socializing while the kids ran through the streets and crowded at the rundown basketball courts. We stood out like a sore thumb, but everyone smiled and waved (especially the kids who followed us). Raw meat sat out in the market with rags attached to electric fans to wave off the flies. Homes looked only big enough to have a few people barely standing in them. The culture was bursting at the seems and we were right in the middle of it. 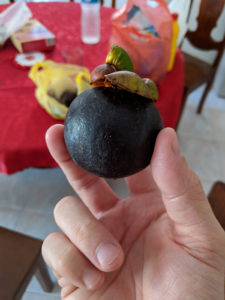 I love trying the local fruits in foreign lands, they usually taste so fresh! It’s not just the taste either, it’s the look of the fruits. A lot of them look dangerous and I wonder who was the first brave soul to eat them. While walking the streets we stopped at a fruit stand to purchase a few to try. The store clerk actually gave us samples to see if we wanted to buy more of them, which we did. The mangosteen was a tasty one, there was one fruit that fit well with the banana and then there was the durian.

The durian we bought was so overripe (thanks to the store clerk for recommending) that we all gagged on it. When we offered it to our host she thanked us for it and when she thought we weren’t looking dumped it in the street for the stray dogs. I’m pretty sure it’s still sitting there untouched.

On one of the nights we went out to a popular restaurant; Kinabuchs Grill and Bar where we tried plates like sigsig, adobo and lechon. The large outdoor restaurant was so popular however that we ended up having to wait a good deal of time. There was a large screen playing a basketball game that kept most of the guests entertained while they waited. When our food finally came we dug right in and it tasted delicious! 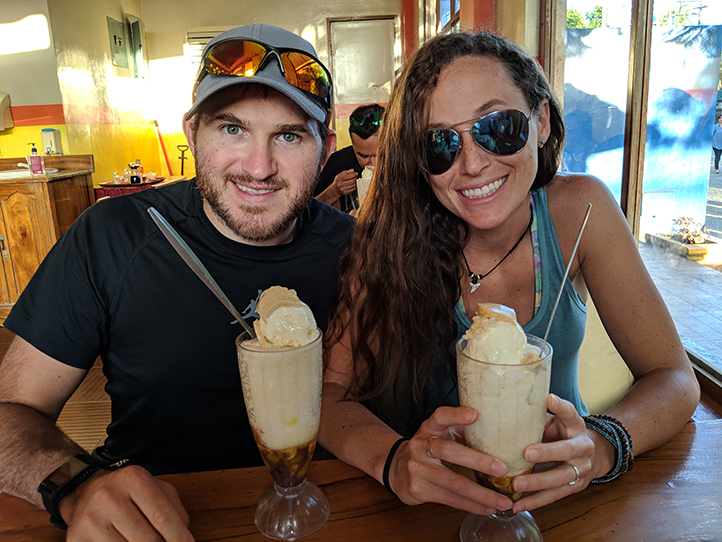 To cool off from the humid heat make sure you try the Halo-halo! Halo-halo is a dessert consisting of shaved ice, evaporated milk and ice cream with different layers mixed in. The layers usually consist of cereal, sweetened red or white beans, sweetened coconut strings, gelatin and different fruits (ours contained lychee). Personally I thought the halo-halo was fun to try, but not again unless I can eat just the shaved ice, milk and ice cream. I thought the beans, cereal, gelatin and fruit were an odd addition.

*A great place to find Halo-halo is at the Noki Nocs where you can order some local food as well!

Palawan was already turning out to be a highlight in our travels! We were looking forward to heading North to El Nido!