Flying from the Philippines, we hit the next leg of our trip to Sydney, Australia. We knew that we weren’t going to be diving into the great barrier reef or exploring the Daintree Rainforest, but we practically had a free trip to an iconic city.

It pays to know people

Pablo had a work meeting in Sydney so we were able to have our tickets covered and stayed with his boss’ cousin. Right outside her apartment were beautiful rainbow birds filling the trees. From morning to early afternoon I would sit on the patio writing under the warmth of the sun while their high chirps filled the air.

The apartment was just down the street from the beach where we would walk along the sand most days or nights. On one occasion we were walking and I saw the sand completely shifting shape. As we got closer I realized there were hundreds of small crabs that popped out of the sand, while I almost popped out of my skin. The next day we went to the beach again, but the weather wasn’t as pleasant. The wind blew sand everywhere and bees struggled to fight it. We’d found a spot sheltered by the dock, but quickly left when bee after bee clung to us for security.

Sydney is the Jungle City

One night we took an Uber to the harbor where the famous Opera House glowed and the humongous fruit bats flew overhead. While taking pictures of the harbor bridge we met a German fellow who wanted to borrow our tripod. We talked for so long of our travels and future plans that we didn’t explore much else of the city that night, but we reflected on how our traveling has helped shaped who we are. 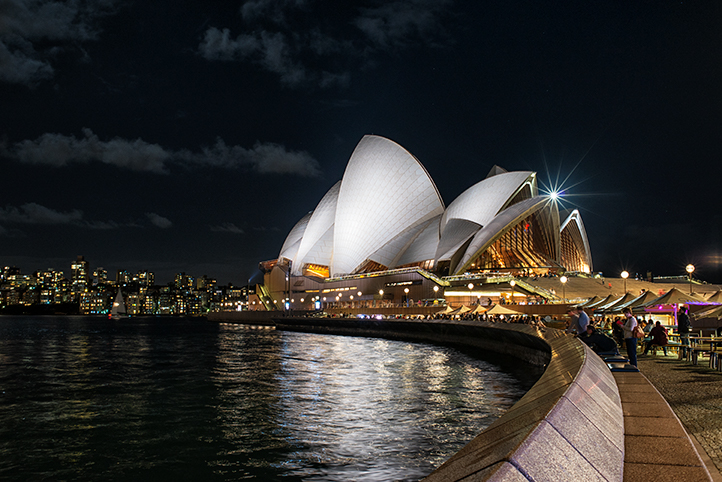 I continued to think about our conversation with him, and the stories we exchanged. As we’ve traveled more and more we’ve learned what kind of traveling we like to do and what kind of travelers we are. We love exploring, trying different things, and getting off the beaten path which helps us look at life differently. It’s fun to hear how others travel and to discover that it can shape us into who we are as individuals. 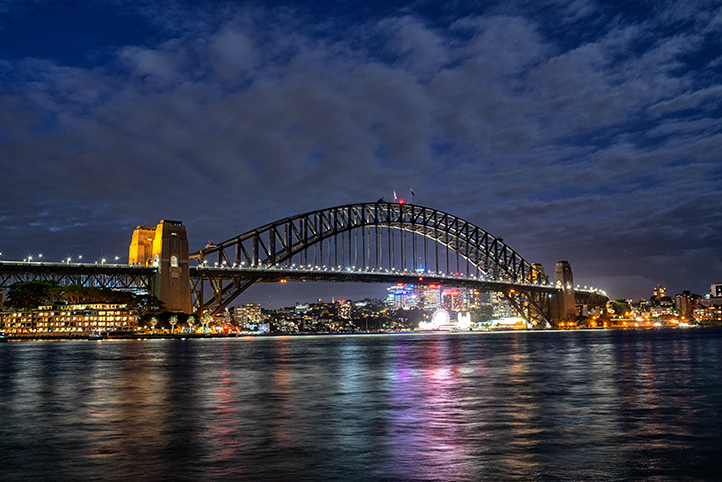 The next couple days while Pablo worked in the apartment I’d walk the neighborhood and have time to reflect on our experiences. During these walks I would usually stop at the beach or the grocery store which usually summed up what I wanted in a day: ocean and food. During these walks I’d hear and see several white macaws in the trees. They chattered at each other, flitting from tree to tree and walking down the sidewalks. It was surreal to see this exotic bird so nonchalantly everywhere like a pigeon in the U.S.

In South Sydney there’s an abandoned railway station that ran from Sutherland to Wallongong. There are ghost stories of railway workers who’d been run over by the steam train that still haunt the tunnel that I recommend reading after you’ve visited the tunnels. 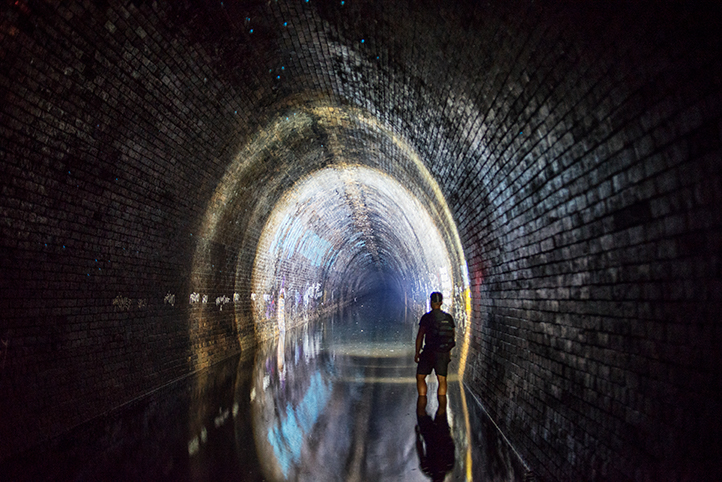 We walked through the muck and the mud, both of us having to retrieve a flip flop every few feet. When we turned off our lights it was easy to forget the possible presence of ghosts with all the shiny glowworms. They lit up the ceiling of the tunnel, their blue hue reflecting off the water below. 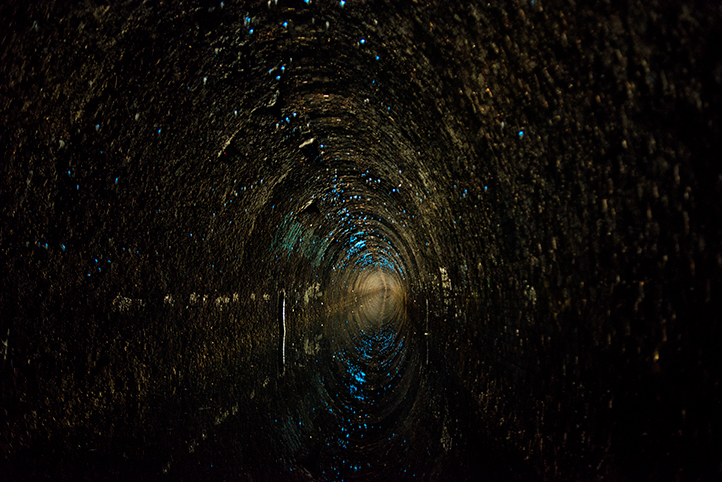 We wiped off all the mud from the tunnels and hiked into Royal National Park. 4 miles over scenic terrain and we came to the figure 8 pools just past burning palms. The tide struck the rocks angrily as we walked across the slick rocky shelf. Luckily it was low tide, which allowed us to see the pools, but at our own risk of the tide rising. 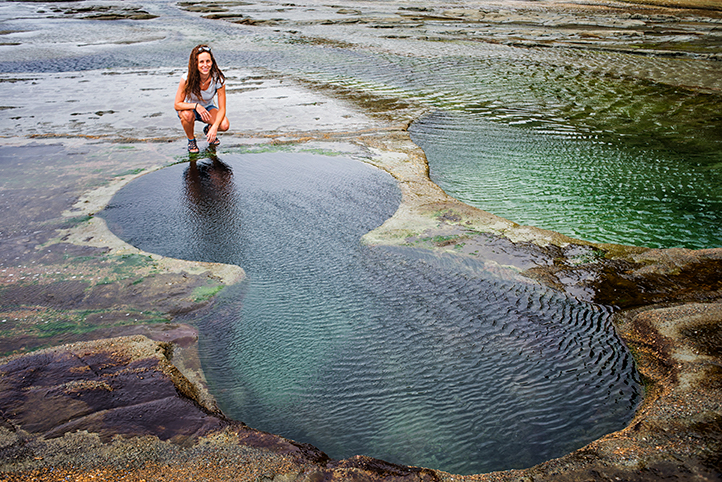 We dipped our feet in the pools, me tempted to jump in at any possible chance to be in water. The waves continued to crash higher and over the shelf as a warning that it was time to get off.

When we first arrived into the blue mountains we picked up a map and charted the hikes. Our first stop was the Three Sisters rock formation that included a steep stairway down to the rock formations. After our warm-up we chose the Grand Canyon Walking Track that was a 4 mile loop. 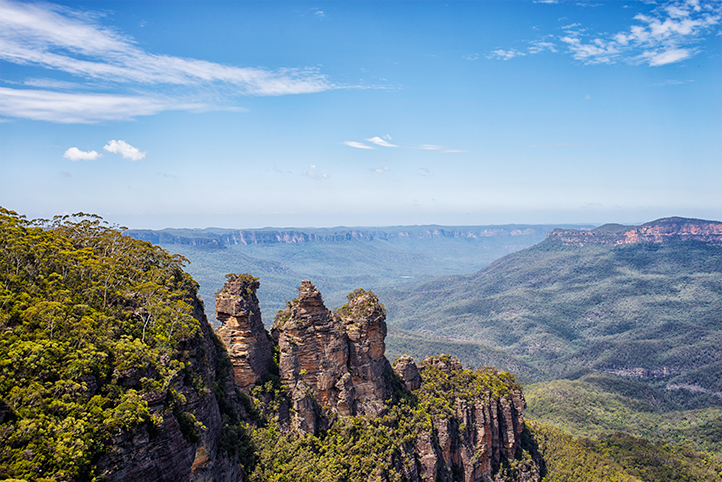 The hike led us down into a jungle with large streams and waterfalls. There was green everywhere and impressive rock walls on both sides of us. The Canyon spit us out into Evans Lookout where the land went on for miles.
There was just enough light left to make quick stops at Katoomba falls and Cliff Top. We were happily exhausted by the end of the day and ready for some Aussie meat pies.

Across from the Sydney Opera House is the Taronga Zoo. We boarded the ferry between the Harbor Bridge and Opera House that would give us a ride and view to the zoo. 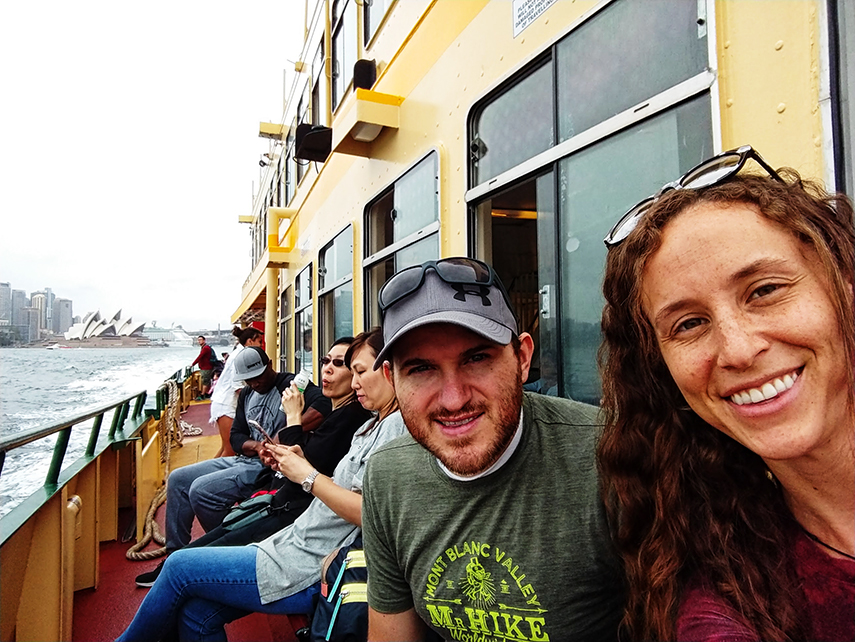 I love animals and the Taronga Zoo was filled with Australian native animals that I’ve always wanted to see. I especially loved koalas as a kid, toting around a koala stuffed animal, and knew I was fulfilling my kid dreams seeing a real koala bear up close.

The rest of the zoo was as equally enjoyable. We were able to get up close to giraffes, many different types of local birds, and Pablo’s favorite; the platypus. 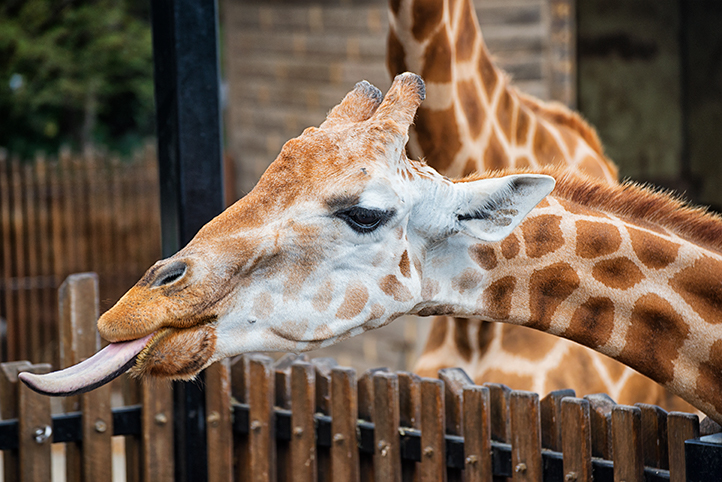 To my surprise, we were able to walk in the enclosure where the kangaroos were kept. A Joey walked up to us probably expecting to be fed. I half expected one of us to get kicked in the stomach like I’d seen on AFV enough times to believe it was the roos famous pastime. However, this little guy was just enjoying walking among visitors and posing for the camera. 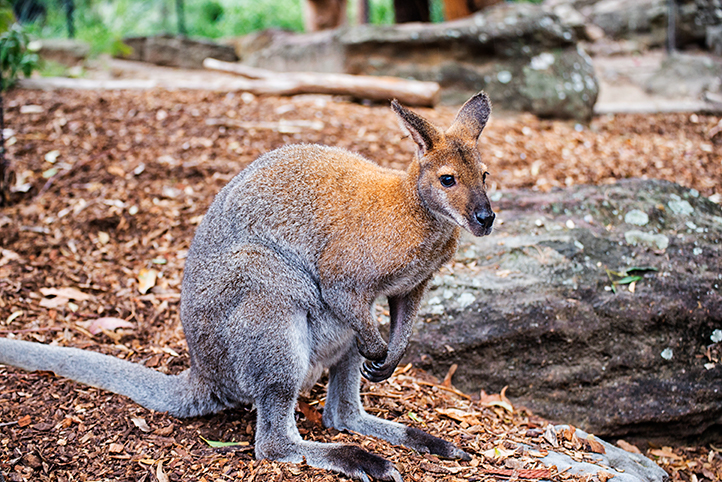 My favorite part of this trip was seeing all the local animals that I didn’t expect to be in a big city such as Sydney, but also the time that I had to reflect and relax. Like most of the places we’ve visited, I’m determined to come back to see you again as well Australia.