Dubai in a day

First off, why travel to Dubai? What’s there to do? Is it very safe? Despite how much we’ve traveled I still ask these questions before heading somewhere I’m not all too familiar with. Dubai in fact was safe and there were several beautiful places to see and fun things to occupy our time with.

We found ourselves heading to Dubai for a very long layover as a result of a cheap flight deal, but we were excited to explore as much as we could. Dubai is said to be the fastest growing city in the world and supplies tourists with many options for their holiday. With huge shopping malls, fancy hotels and city night life it’s like the city revolves around tourism.

Pay a visit to the Burj Khalifa 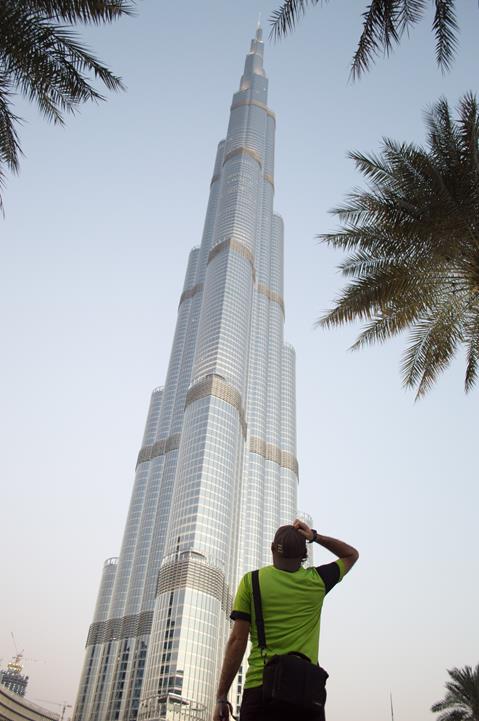 Whether you want to see it from the top with the birds, or view it safely from the ground, the Burj Khalifa cannot be missed on your visit to Dubai… Literally though, you’d have to be trying not to see it because it stands at 828 meters! The Burj Khalifa is the tallest building in the world and is referred to as the vertical city.

We couldn’t resist the chance to go to the top of the Burj Khalifa, and made sure to reserve tickets ahead of time online since it’s the #1 tourist attraction in Dubai. While we waited for our time to go up we watched the water show just outside the gigantic mall. Once it was our turn we entered the elevator and watched the floor numbers fly past, not feeling the effects of the elevation change until our ears popped. A minute later we were at the top looking far down on the city and specks of cars. It definitely was a breathtaking view and the highlight of our trip to be at the top. 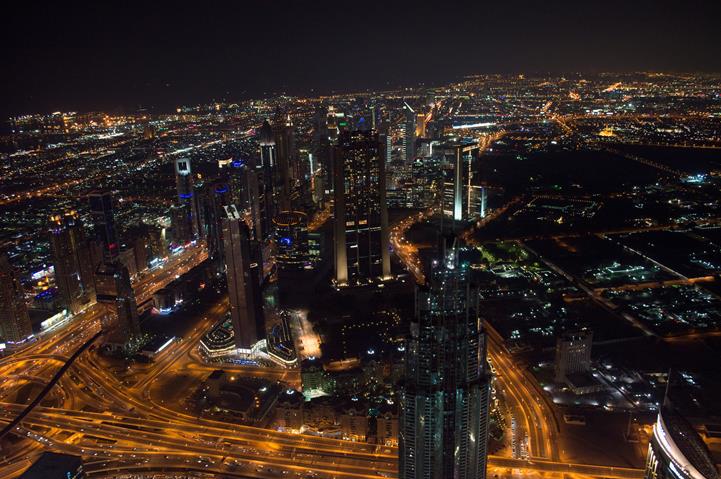 The beaches in Dubai are filled with soft sand and covered in whole seashells that would give a collector an anxiety attack. The man made beaches are impressive, but better to see from above then on ground… If there’s a helicopter ride you should try it! 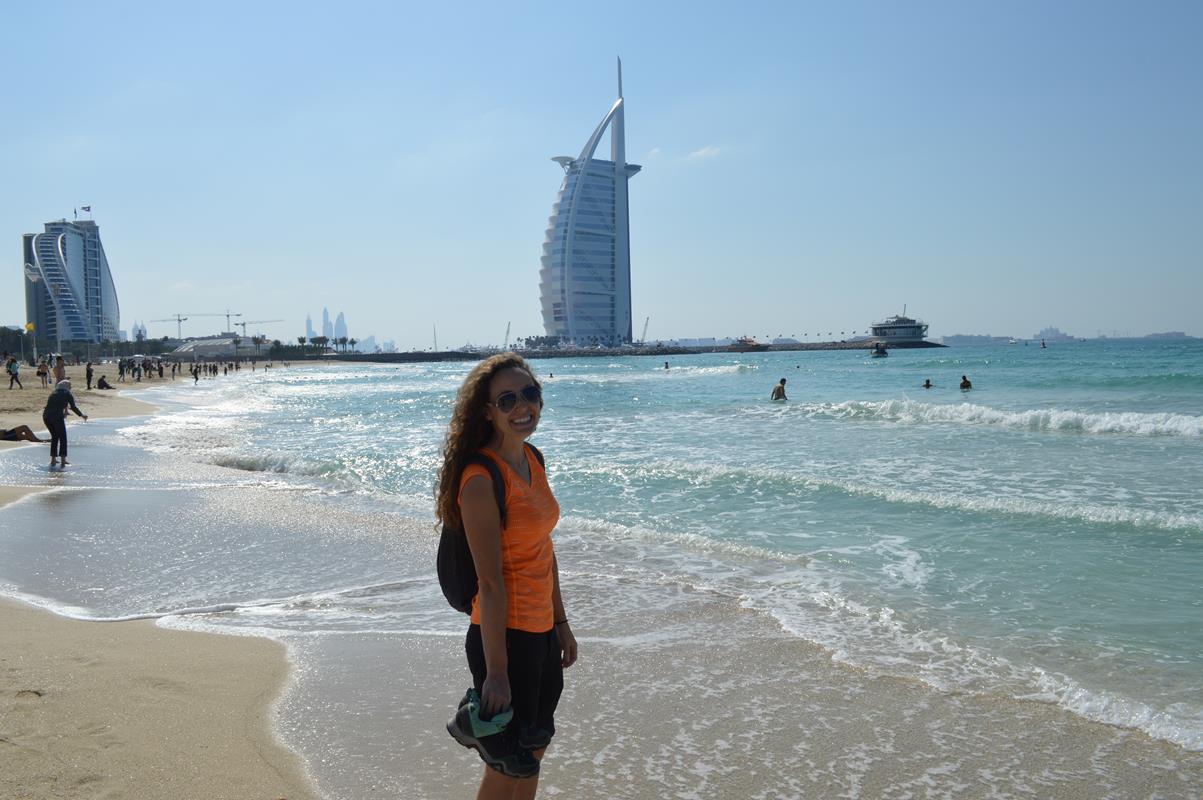 Roam through the malls

Dubai has the biggest mall in the World complete with indoor ski slopes, ice skating rink, aquarium, movie theater, food courts and too many stores for me to handle. I despise shopping, but I still was in awe of their never-ending malls. 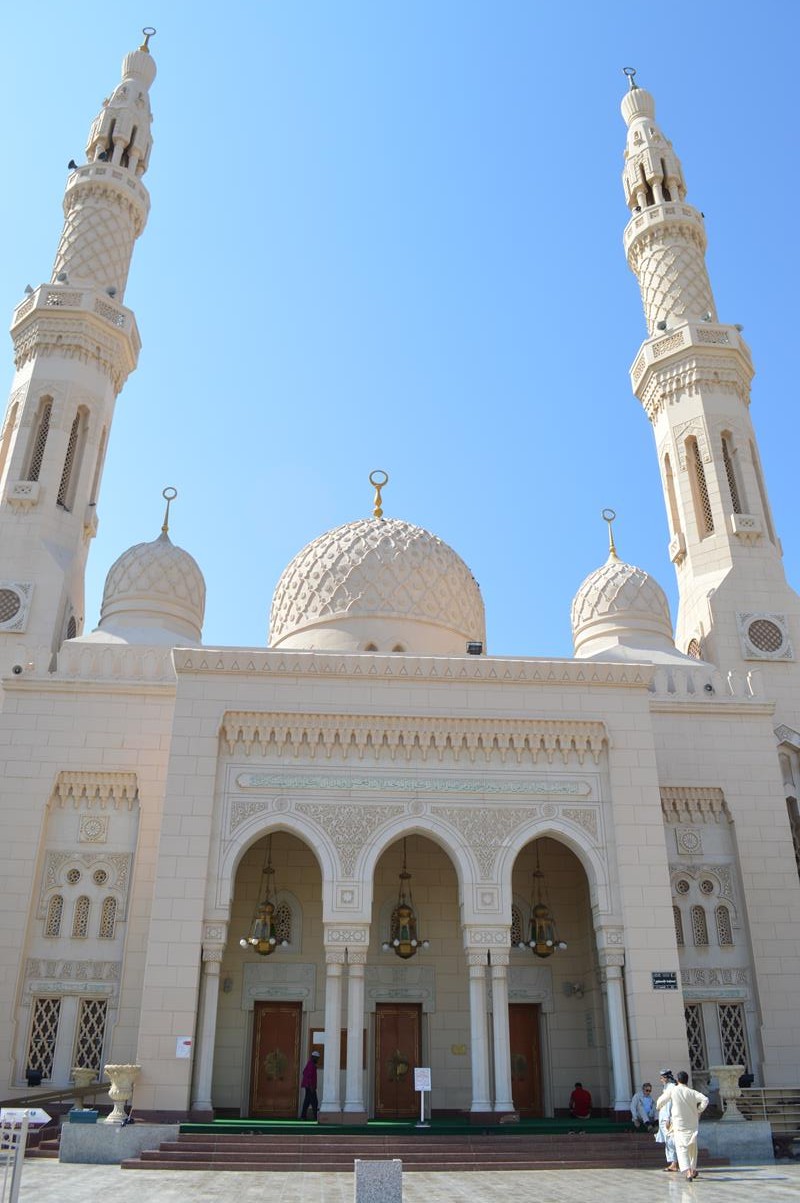 Walking through the city and taking in all the many buildings that are built and being built was cool in itself. We stopped to see some of the Mosques and hotels, specifically the Burj Al Arab Hotel (sail hotel) that costs up to $18,760 a night!

We’d heard about some fun excursions from other travelers but didn’t get a chance to try them out for lack of time and money. However, if you’re planning to go to Dubai and have the time look into doing one of the desert safaris, boat tours or Camel riding excursions. Let us know what you think if you end up doing any of them!

What would you do for your day in Dubai?