A visit to our nation’s capital, Washington D.C. ! Pablo’s work had him fly over to help work on a project and I was able to tag along. The first day he was working and I went out to explore. We happened to be there on a weekend when the weather was abnormally cooler and not very much humidity. To save money I walked from our hotel, the Hotel Lombardy, to the tourist areas. Make sure to wear dependable and comfortable tennis shoes, trust me it’s worth it!

I first walked to the Fords Theatre where President Lincoln was assassinated, stopping at the back of the White house and historical buildings along the way. Tickets are free at the Fords Theatre and I was able to get into the next tour without any wait. The tour lasted about an hour and a half and afterwards I headed to the capital. Same story, I was able to get into a tour right away and it was free like all the monuments and museums. 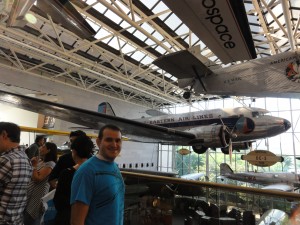 Since I was trying to fit in as much as I could I walked to the Smithsonian Museum of Natural History and took a quick walk through. I hadn’t eaten lunch so I ate in the cafe there which had nice meal options and for decent prices. If you have kids with you on your Washington D.C. trip the Museum of Natural History as well as the Air and Space Museum would be entertainment for them for hours. If you are a fan of art, then the Smithsonian American Art Museum will provide more than enough art for you. I would not recommend trying to cram in as much as I did in one day even if you are short on time like I was. 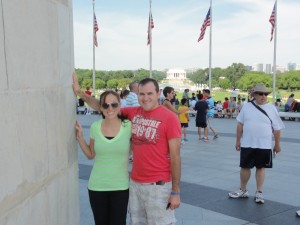 On the second day of touring Pablo was able to come with me and we went to see all the outdoor monuments including the Washington Memorial, Lincoln Memorial, Jefferson Memorial, World War 2 Memorial, and Vietnam Veterans Wall Memorial. We also stopped by the front of the White House and would have done a White House tour if we had planned in advance.

One of the nights we were there we had the chance to go to a National’s baseball game, thanks to Pablo’s work who provided the tickets! We got to sit in one of the suites and dinner was provided. The stadium was impressive but driving in and out of the area was awful, like everywhere else in Washington D.C. area. 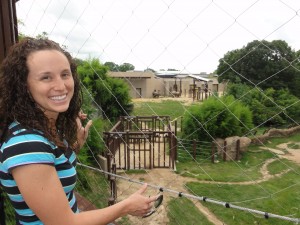 On our last day in Washington D.C. we had just enough time to go to the Smithsonian Zoo which was a great zoo! There were so many animals that are not at our local zoo and it seemed twice as big. We paid a visit to the Arlington National Cemetery on our way to the airport. There was so much history and so many things to do, especially in such a short amount of time that we couldn’t get it all in. There were other monuments and places to go, but I believe we had gone to the most recommended ones.