Dubrovnik as a double edged sword

We absolutely loved Dubrovnik’s beautiful Old Town and clear blue refreshing sea front, but we did experience some of the tourist traps that we’d managed to avoid pretty well up until this point. Due to the polar opposites of the city’s characteristics we looked at Dubrovnik as a double edged sword.

When we arrived at the bus station in Dubrovnik at 10PM we started a tiring hike up the hills to the Ljublanc guest house. About 40 minutes later we arrived sweaty and out of breath, but so happy to feel air conditioning! We were very fortunate to find a place close to Old Town Dubrovnik for a decent price that was a nice place. Thanks booking.com! 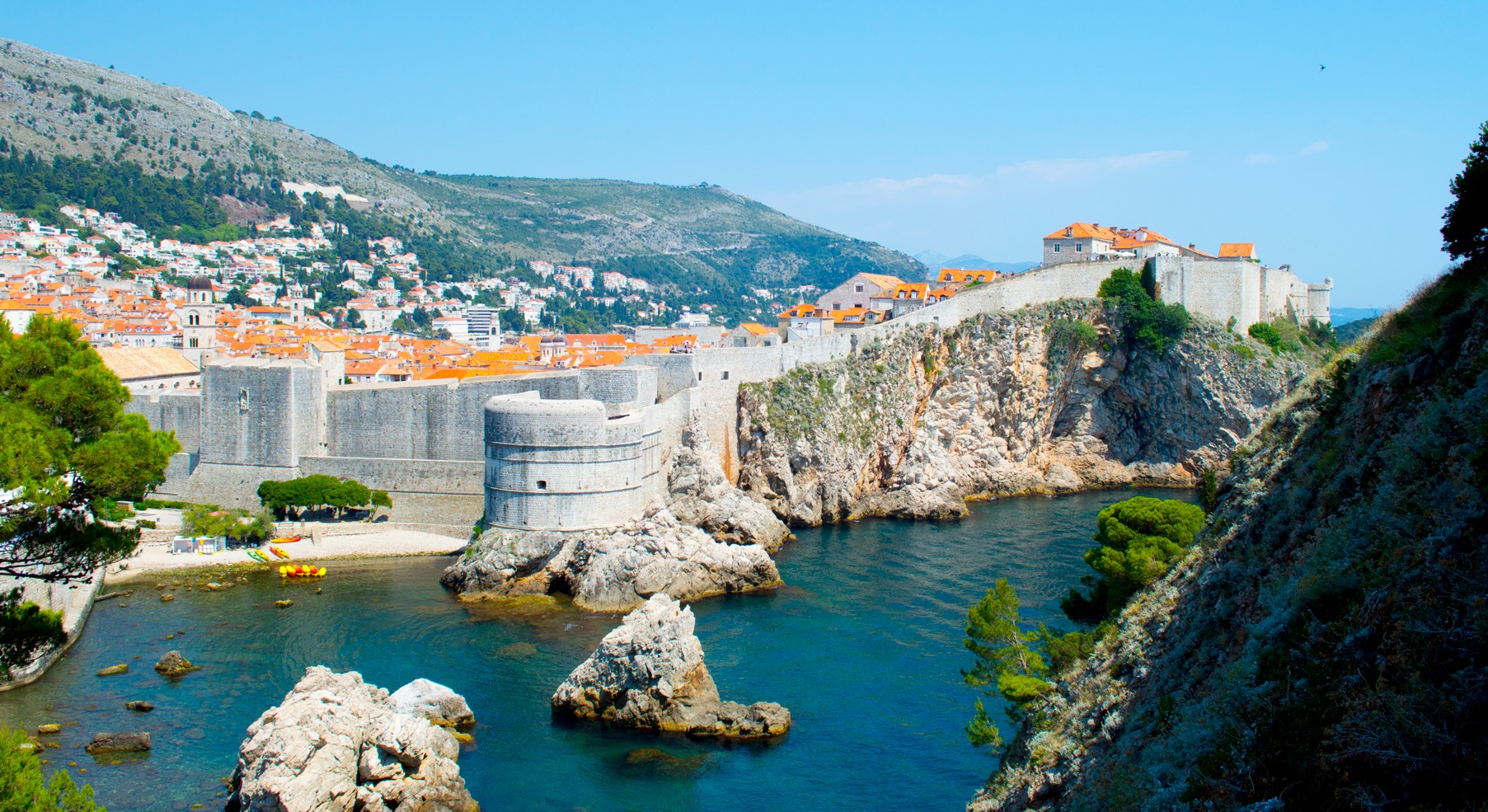 If you’re crazy enough to visit Dubrovnik in July like we did, than I have some recommendations for you:

First, are you sure you have to go in July? Kidding, but really. Expect prices to be even higher, temperatures to be even hotter, and crowds to be even thicker. There are ways to make your visit nicer and have a great time like we did.

If anyone has seen game of thrones they would know the look of this city where the TV show is filmed. The popularity of this TV show caused the creation of a tour to show the filming sets. I know some people would thoroughly enjoy the tour, but we were not one of them and instead chose to pay 100HRK to walk on the city wall and up the towers of the remaining castles. Pablo was like a little kid during this, and I thought it was fantastic medieval fun too. We’d purposely waited to go up to walk on top of the wall until 5:30 PM so that we wouldn’t completely melt, but also had enough time to walk around since they close it off at 7:30 PM.

Some of those mentioned tourist traps

Dubrovnik is such a popular tourist destination and in result there are tourist traps . Here are some that we came across:

Don’t be surprised if you’re asked to pay some made up “service” charge if you’re eating at a restaurant in Old Town, kind of what the usual is for popular places in Europe (i.e. paying for a table, napkins, music etc.). You could try asking beforehand, but really it’s unavoidable at times. One restaurant charged us for sitting at a table- guess I should have asked to sit with the pigeons?! We enjoyed the food, but the bill left a sour taste in our mouths from the feeling of being cheated and unable to do much for it.

We also dealt with people trying to give us less on the exchange always trying to round down the amount we’re promised because they “don’t use the coins.” The exchanger was mad that we asked for the promised amount she told us, but gave us the full amount.

Also, we were buying bus tickets to leave Dubrovnik and the clerk had slipped one of our 200 bills under the counter and said she needed more money. We argued with her until she apologized and gave us our tickets.

We would do what we could to not let people get away with cheating money from us in hopes that it would discourage them from doing it to other tourists in the future. Even if it is petty cash at times it creates a mindset and every little bit counts when you’re on a budget. 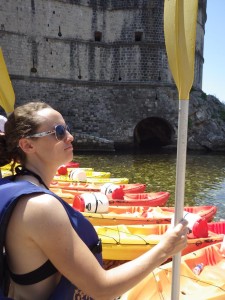 We signed up for one of the excursions to go kayaking. The excursion involved us meeting up with the kayak instructors who made sure people knew how to kayak and then we set out for a few hours. We kayaked along the walls of Dubrovnik, and to Lokrum where there were some cool caves, but also nude beaches (EW- At that point I focused on my paddling technique). Our guide told us some history along the way and we stopped and had lunch at one of the caves. Afterwards we went snorkeling and swimming on the beach until it was time to head back. We absolutely loved kayaking even if it made our arms sore because it gave us better views of the city that wouldn’t be achieved by walking around.

Even though we dealt with some negative aspects of Dubrovnik it was still one of our favorite stops and we would recommend it for everyone. Be prepared if you’re going in the summer and keep an eye out for those tourist traps so that you won’t look at Dubrovnik as a double edged sword.

Have you experienced tourist traps? If so, where and what were they?